Last week, AllFacebook.de published a glimpse of Facebook’s new influencer marketing search engine in German. Facebook’s new platform will act as a marketplace for influencers. Marketers can use the tool to find Facebook influencers to connect with their audiences and promote their brand. According to TechCrunch, “The Branded Content Matching search engine lets advertisers select the biographical characteristics of creators’ fans they want to reach, see stats about these audiences, and contact them to hammer out deals.” This new tool is still being tested by Facebook at the moment.

Below is the screenshot AllFacebook.de released last week, showing the dashboard of Facebook’s new search engine:

Facebook’s goal in developing an influencer marketing search engine is to help companies reach their target audiences by using influencers that they connect with and recognize. Influencer marketing has become an integral part to many businesses’ marketing mix due to its effectiveness. Using influencers is a great way for businesses to create a more ‘authentic’ campaign, and earn the trust of their consumers. One of the reasons it works is because influencers are regarded as much more trustworthy sources than brands alone when it comes to advertising.

To begin, Facebook plans to primarily test the tool with a sample of lifestyle brands and influencers. Influencers who participate in the test will set up a ‘portfolio’ that displays their branded content, following, and metrics. From there, advertisers that are taking part in the test can search for influencers whose audiences fit specific profiles. They can find them by using Facebook’s many filters, including:

TechCrunch also reported that the search engine results page will display a list of influencers, complete with their “audience match percentage to the search terms, percentage of their followers they reach, engagement rate, follower count and video views.” With these lists, businesses can reach out to influencers who match their advertising needs. It was also noted that Facebook is still trying to determine the best way for advertisers to contact influencers. It is unclear whether they will be able to reach out to influencers via their Facebook business Pages, or by email or phone. Initially, Facebook will not take a cut of the deals, says TechCrunch.

Although Instagram and YouTube are the platforms where most influencers make their money, the influencer marketing search engine will only help brands search for influencers on Facebook for the time being. As expressed by TechCrunch, “Brands don’t get a holistic view of the value and reach of a creator, who might be way more popular on another platform than Facebook.” Facebook’s pool of influencers is much smaller than on other platforms, like Instagram where most users follow at least a dozen influencers form their accounts.

The introduction of Facebook’s search engine will likely encourage the use of social media influencers in branded content across the platform. In turn, more influencer marketing campaigns could improve the quality and effectiveness of Facebook ads. 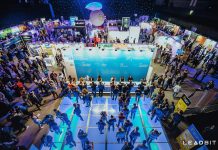