Mark Zuckerberg may have been facing tough questioning during his hearing today, but Facebook’s stock is surging. According to Axios, Zuckerberg’s own Facebook holdings increased by 2.8 billion in value today. At 2:20 pm today, Zuckerberg was getting ready to testify before the US Senate and Commerce committees, and around the same time, Facebook’s stock rose 2.5%. Facebook shares closed at 4.5% today, which has been their best day in two years.

Although Facebook stock has fallen by 11% in the last few weeks as a result from their latest data controversy, today’s big jump suggests that investors should not be leaving Facebook right now. Considering the difficult line of questioning he received during the hearing, Zuckerberg seemed calm as he responded, and it appears that he has calmed down Facebook investors as well.

This is his first testimony before Congress scheduled for this week regarding the Cambridge Analytica scandal. In today’s hearing, senators expressed their concerns about Facebook’s data privacy practices one after the other.

Zuckerberg apologized for the Cambridge Analytica scandal, and acknowledged that it was a mistake to believe that the data mining company had deleted the personal data that it had harvested. Following this, he promised that Facebook is conducting a full investigation into apps that have access to user’s personal information, and they would ban the apps that they find to be using data improperly.

Despite handling the questioning pretty well, Congress gave Zuckerberg a hard time. Senator Bill Nelson stated “If you and other social media companies do not get your act in order, none of us are going to have any privacy any more. If Facebook and other online companies will not or cannot fix the privacy invasions, then we are going to have to. We, the Congress.”

Another Senator, John Thune, the republican chairman of the Senate commerce committee, said he is “not convinced Facebook’s users have the information they need to make decisions.”

One of the issues here is that Facebook users have roughly 100 pages to read under Facebook’s terms of service when they sign up to the platform. Their terms of service detail exactly what they are signing up for, yet users are not reading them. This begs the question; How will Facebook provide users with the information needed to make decisions if they are not willing to read terms of service upon signing up?

Nevertheless, Facebook’s stock is climbing and Mark Zuckerberg is reaping the benefits.

Also, we now have this photo: 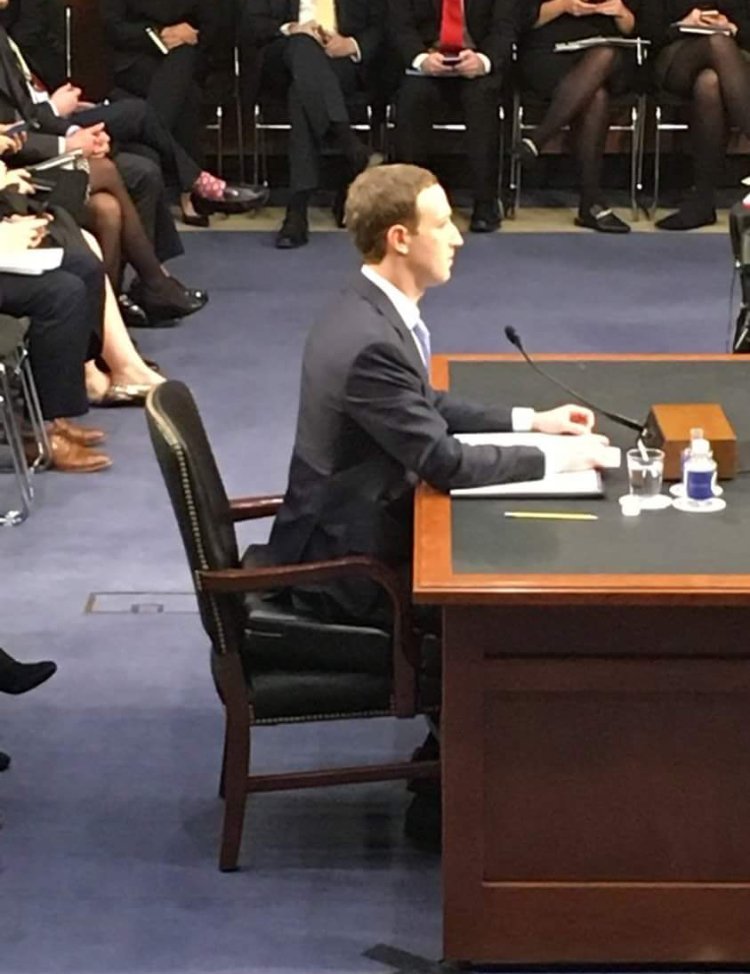 Facebook’s stock is not the only thing that got a boost today.